‘In addition to starting and managing my own small businesses during the past 25 years (yes I started young), I have attended many business and coaching workshops, courses and attained relevant qualifications. But it’s not enough! Why? Because people and life is constantly changing and I feel it is important to keep reading the paper media and internet media outlets to be up to date with the latest developments and happenings in the business world.

I will include below information from my readings and courses I have attended which I am sure will also help you find what you are looking for to assist you with your working life.

I must also add, that I found that I innately ‘knew’ much of the information I have read about over the years- problem is, wish I was more confident and assertive within myself to put my foot down when my instinct said ‘yes’ or ‘no!’

Anyway, I know better now and am happy to share my experiences and knowledge with you too! Happy reading! Paris Yves

Counselling sessions start at $150 per hour.

Telecommuters are not slackers getting an extra day at home, but are more committed, productive and have higher job satisfaction than people who work full time at the office, according to a year-long study of nearly 2000 employees in Australia and New Zealand.

There is also a high level of trust between managers and telecommuters, with 64 per cent of respondents saying their managers trusted them to work unsupervised away from the office.

“The study found strong evidence of the positive benefits of telework for both individual workers and their organisations,” the joint Auckland University and University of Melbourne study found. “Among our sample, telework promoted improved productivity and satisfaction with work, with hybrid teleworkers performing better than those who do little or no telework.” The results were issued on Wednesday morning at Melbourne University’s institute for a broadband-enabled society.

Nader came to prominence in 1965 with the publication of his book Unsafe at Any Speed, a critique of the safety record of American automobile manufacturers in general, and most famously the Chevrolet Corvair. In 1999, a New York University panel of journalists ranked Unsafe at Any Speed 38th among the top 100 pieces of journalism of the 20th century.[7]

Nader is a five-time candidate for President of the United States, having run as a write-in candidate in the 1992 New Hampshire Democratic primary, as the Green Party nominee in 1996 and 2000, and as an independent candidate in 2004 and 2008.

As a Chartered Psychologist, registered with the Health Professions Council as an Occupational Psychologist, Almuth is a science practitioner, who aims to develop our theoretical understanding of psychology and apply it to the world of work. The aim is to enhance and promote individual well-being as well as improving organizational effectiveness.

Almuth joined the University of Surrey in September 2006 from City University, where she directed the MSc in Psychometrics in Organisations and contributed to a number of other MSc programmes. Almuth took her Bachelors Psychology degree as well as a Masters in Occupational Psychology at Goldsmiths College, University of London before completing her PhD at City University, London. She also holds certificates in Life Coaching and Systemic Therapy, and is qualified in a range of psychometric tools. She won an award from the T Richie Rogers Trust for research into management decision-making for training and development, and has published on issues including employee development, work-life balance, coaching, organizational justice and psychometric assessment across cultures in the practitioner and academic press.

Do you need to talk to someone you can trust?

Please email Paris at myfreewilljourney@hotmail.com for an appointment 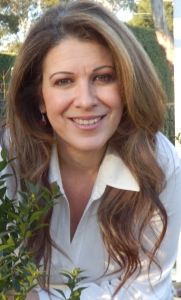 Mount Eliza
Phone: 0413 530 419- Please leave your message with full name and phone number and reason for call. Thank you
Hours: Flexible according to your heart's and soul's needs!

© Paris Yves Read of My Freewill Journey, 2019. Unauthorized use and/or duplication of this material, including all images, photos, videos, without express and written permission from this blog’s author and/or owner is strictly prohibited. Excerpts and links may be used, provided that full and clear credit is given to My Freewill Journey, 2019 with appropriate and specific direction to the original content.