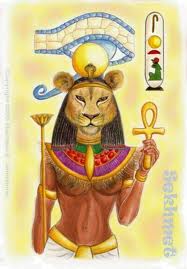 ‘ I love astrology! I truly believe it is another great window to our soul, our strengths, our weaknesses, our life lessons….if only we were shown our astrology birth charts as kids! we would have saved ourselves alot of pain and heartache, with parents, teachers, school peers, work colleagues…….astrology prepares us for the potential happenings in life…..it’s like , when you know there is a red light ahead, you stop……astrology explains to us why some of us feel over emotional, or over addicted, or why we just feel what we feel and no one else seems to get us’!!!!! Paris

Kelley is one of my favourite astrologers! Not only is she postive, vibrant and passionate, but her predictions are ‘spot on!’ for me anyway!

There is a brilliant Gemini New Moon on June 16. The Sun, Moon and Mars are coupled in Gemini. There are no challenging aspects to this New Moon. Yahoo! In fact, Uranus is in a positive energy flow with both lights (the Sun and the Moon.) Mars is the planet of action and desire. He is in a harmony with both Jupiter and Uranus. Mars is empowering you. He is giving you energy to get up and go. Take charge of your life. Make your life what you want it to be. Do not wait on other people. Get in the driver seat. Go after what you want.

Full Moon in Leo: Just ruling from the Heart. The Time to be happy is NOW.

Hello friends. Welcome to the most jubilant and powerful Full Moon we’ve had in awhile. Consider the strong energetic shifts since Mid-January, we can use it.

Many of the great spiritual teachings across many traditions refer to the idea that our *true* nature is Joy or Ananda – the pure Bliss of Being. There is nothing that we have to attain necessarily to attain it, but to remove the obscurations to it as clouds covering the Sun. I was reminded of a plate that was hung in the kitchen of my beloved Godparents that had two little Kewpie dolls dancing with the caption, “The time to be happy is now.” I was always attracted to the image and meaning, even as a child. As simple as the message was, I knew it was really onto something.

Finding Your Groove In Amongst It All: February’s Leo Full Moon

a message from Lynda Hill
You see someone on the street, and essentially what you notice about them is the flaw. DianeArbusWhoever can conquer the street will one day conquer the state, for every form of power politics and any dictatorship-run state has its roots in the street. Joseph GoebbelsThe last time I saw Paris, her heart was warm and gay, I heard the laughter of her heart in every street cafe. Oscar HammersteinI live in a one-way dead-end street. Bumper Sticker

There is a fabulous Full Moon in Leo on February 3. The Moon is plump with positive energy. There are no negative aspects to this Moon. Yeah! This is a celebration Moon. A reward for the hard work and intense striving that you have done. The Moon is coupled with Jupiter in Leo. They are opposing the Sun in Aquarius. Uranus is the modern ruler of Aquarius. He is in a positive position with both lights (the Sun and the Moon.) There is more good news here. Jupiter and Uranus are in a fantastic formation with each other. This positive energy is magnified at the Full Moon. This could be one of the best Full Moons of the year.

As the year begins I wanted to share with you the different moon phases and how they significantly influence our journey. Every month I will be sharing with you the specific energy of the Full Moon and New Moon as well as rituals that can assist you in harnessing the power that is available to us at these times. These are the teachings of the earth religion and true magick. If you are conscious of these cycles and work with the influence you will begin to return magick into your life and gain clarity for your journey.

As the Sun moves in to Libra, it activates the Annual Check-In with your Individual Balance & Personal Relationships. Are you healthy and are your relationships reciprocal? This is also the Annual *Harvest* ~ what have you created this year? What will sustain you going forward? What needs to be cleared away? On a personal level, Libra/Other yields the *harvest* of your Aries/Self-Work (on multiple levels) and is particularly potent for the *Cardinal* Family … LIBRA *Initiation* ~ ARIES *Integration* ~ CANCER/ CAPRICORN *Test/Growth*. This is true every year for folks with this energy activated in their charts, because they fall at the Seasonal shift, but with the continued influx of energies from Pluto in Capricorn (2008-2024), Uranus in Aries (2010-2018) and North Node in Libra (Feb 2014-Nov 2015) ~ it makes the Social/Collective evolution very personal for one and all.

Colour Grids and Rays as Tools for Healing, Expansion and Manifestation (August 2014 Stargate)

The rainbow healing is particularly suited to all ascending individuals and aware ones at this time due to the rainbow frequencies moving onto your planet and into your physical bodies through the August 2014 Stargate. The culmination of the rainbow energy within your month of August 2014 in your current timeline creates a most opportune window for the receiving and utilising of this energy. Whilst we speak specifically of “healing” here – ultimately the energy of receptivity and flow includes creativity and manifestation. The opportune window is a time of heightened energy specific to creativity and manifestation through receptivity and flow.

a message from Sarah Varcas
Monday, 30 June, 2014
Making Up For Lost Time

From June to August 2014 the yearning for greater authenticity is powerfully supported by the cosmos, especially throughout July. Many are conscious these days of a burgeoning restlessness alongside the desire to live a more satisfying life. The need to emerge from the mass-unconsciousness of everyday routine and unquestioned assumptions has grown exponentially in the past few months and we now have the opportunity to find the answer to some of our key questions. Increasing dissatisfaction with the status quo propels us on a journey of discovery and these three months provide a map to find our way into a more authentic and vibrant existence.

METEORS FROM HALLEY’S COMET: Earth is entering a stream of debris from Halley’s Comet, source of the annual eta Aquarid meteor shower. Forecasters expect the shower to peak on the night of May 5-6 with as many as 60 meteors per hour in the southern hemisphere and half that number in the north. No matter where you live, the best time to look is during the dark hours before local sunrise on May 6th. [photo gallery] [meteor radar]

Archangel Metatron Channel via James Tyberonn about the energies of the Grand Cross of April 2014. In addition information is given about 2014 in general.

The Truth About Mercury Retrograde

There’s always much talk (and a fair amount of hype!) when Mercury turns retrograde, most of it pretty negative and doom laden. Mention of travel disruption, communication breakdown & misunderstandings abound. People roll their eyes and brace themselves for a few weeks of chaos and confusion as they anticipate the trickster aspect of Mercury messing with their lives. And yes, it can be true that these happenings occur more readily during Mercury’s retrograde phase, but the essence of the trick being played upon us is that they’re not negative events, but moments designed to stop us in our tracks and wake us up.

Shadow time from 23rd Jan……this is a great article:

Spiritually Naked for the New Year

A New Moon conjunct Pluto and Mercury to start the New Year. What a powerful symbol of what’s to come in 2014! The chart for this Moon is full of energy, pulling in many different directions. Do we strike out to make our mark or withdraw to the safe familiarity of where we already know acceptance? Do we stand our ground and do what’s best for us or compromise and work with others to bring about a win/win scenario?

The year started with a New Moon on 1 January that had so much intensity it was a bit like an eclipse. But for real eclipses, we’ll need to wait until April and October– 2014’s eclipse months.

The New Moon came among strong solar flares which brought a reminder that the Sun’s magnetic poles are in the process of flipping, a normal part of the Sun’s 11 -year cycle. It seems the pole reversal is not yet complete…..

Most of us see the first day of the year as the beginning of a new journey. We make affirmations, resolutions, and hope in our heart that the coming twelve months will be better than the last, but the cosmos has no care for calendars: the planets do not get themselves realigned on the 1st of January; they don’t begin a new journey as soon as midnight strikes on 31 December: they continue in their orbits, occasionally entering new signs, changing direction and forming angles one with another. Which is a roundabout way of saying that on 1 January 2014 a whole new and marvellous alignment that will magically set all wrongs to rights will not be a-coming in: we remain stuck under the same celestial canopy that we have been since 2011.

Liz Greene, is known as the Astrologer’s astrologer

As a qualified Jungian analyst, Liz Greene’s work has successfully combined Jung’s theories with astrology. She is a highly successful author with number of classic astrology titles, profound personal Psychological reports and an instructive astrology video/DVD. Liz Greene is also director of the Centre for Psychological Astrology and a patron of the Faculty of Astrological Studies, both based in London and runs seminars around the world.

Do you need to talk to someone you can trust?

Please email Paris at myfreewilljourney@hotmail.com for an appointment

Mount Eliza
Phone: 0413 530 419- Please leave your message with full name and phone number and reason for call. Thank you
Hours: Flexible according to your heart's and soul's needs!

© Paris Yves Read of My Freewill Journey, 2021. Unauthorized use and/or duplication of this material, including all images, photos, videos, without express and written permission from this blog’s author and/or owner is strictly prohibited. Excerpts and links may be used, provided that full and clear credit is given to My Freewill Journey, 2019 with appropriate and specific direction to the original content.